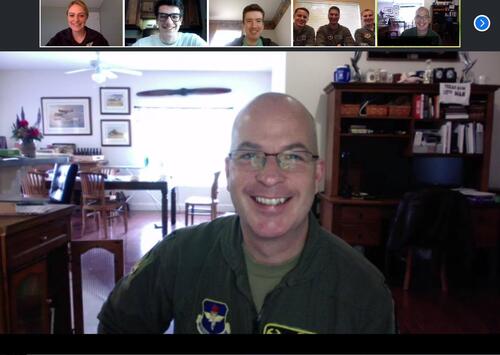 On April 11th, 2020, Det 009 cadets had the chance to visit Sheppard Air Force Base (AFB) on the first ever virtual base visit. Sheppard AFB is the largest training base in the Air Education and Training Command and is located in Wichita County, Texas. Most notably, the base is home to the 80th Flying Training Wing, also known as the Euro-NATO Joint Jet Pilot Training Program (ENJJPT), a highly selective 55-week program that trains pilots from the U.S. as well as 13 other NATO countries.

During the visit, Det 009 cadets learned about the history, mission, and vision of Sheppard AFB and were lucky enough to speak with Colonel Driggers, the commander of the 80th Flying Training Wing at the time. Cadets also had the pleasure of hearing from Lieutenants Jackson, Slife, Walberg, and Wilson. All four Lieutenants were commissioned through Det 009 and were also attending ENJJPT at the time.

Col Driggers spoke about his experience as an F-15C pilot which included multiple deployments to the Middle East. He also spoke about his role as the commander of the 80th Flying Training Wing and the challenges he faced during his time in command. Specifically, Col Driggers mentioned how he used ideas and practices from Basic Military Training, held at Lackland Air Force Base, to develop his plan for continuing the pilot training program during the COVID-19 pandemic. His problem solving strategy highlighted the value of working with officers from across the nation to overcome obstacles.

After Col Driggers finished speaking, the four Det 009 alumni addressed the cadets and spoke about their experiences during pilot training. The alumni were each at different stages in their training, so Det 009 cadets were able to learn about each phase of training. The alumni spoke about the daily life of a student at ENJJPT and emphasized that learning to fly aircraft is a full time job. The work day for students at ENJJPT is 12 hours long and typically includes ground school, physical training, briefings, and, of course, flying. 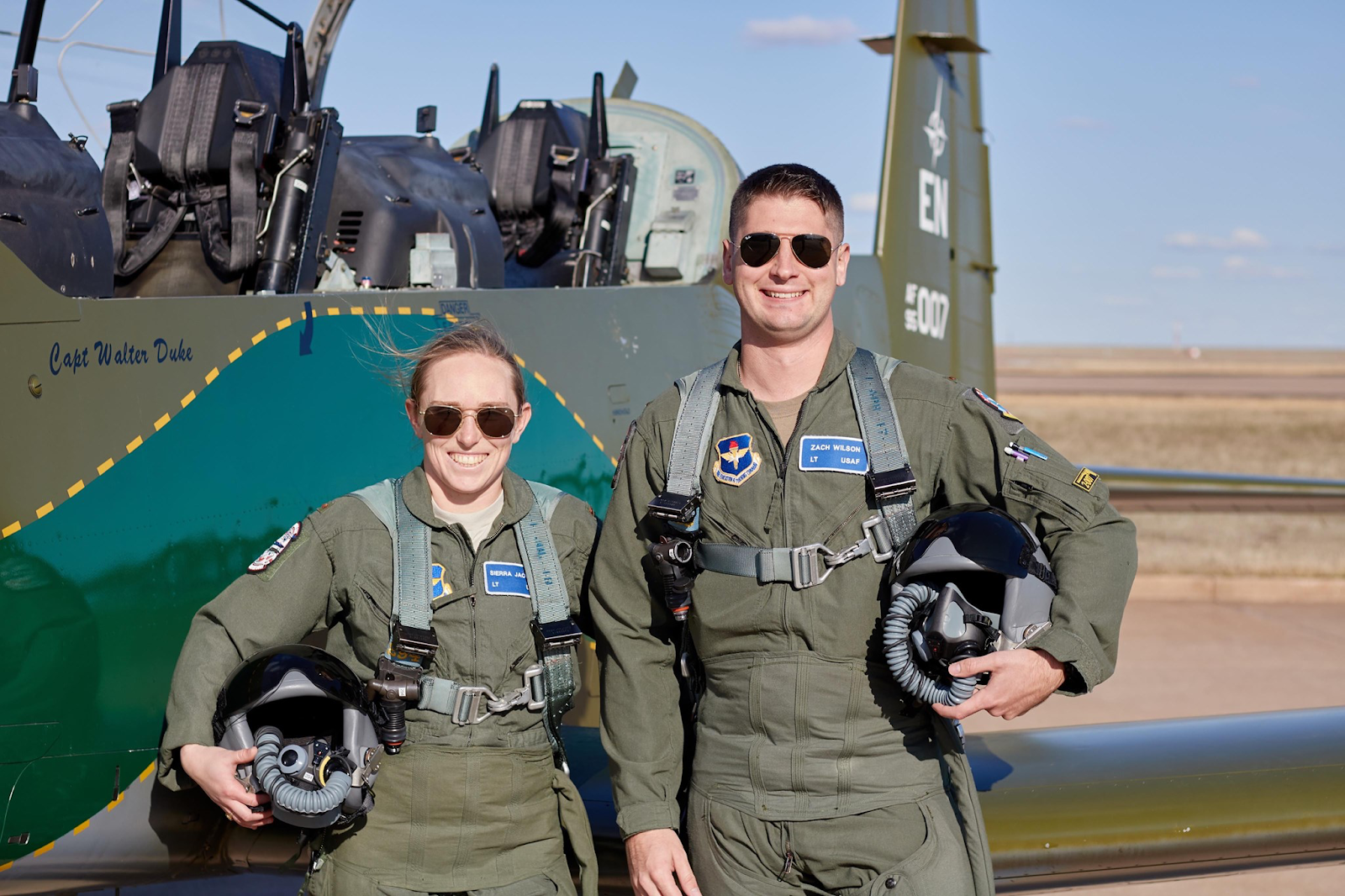 While at ENJJPT, each trainee will follow the same training pipeline. Trainees begin by learning to fly the DA-20 Katana and then move on to the T-6 Texan II. Once they have mastered those two aircraft, students train on the T-38, the Air Force’s supersonic and afterburning trainer aircraft. Approximately 90% of the 200-person class go on to fly fighter aircraft after completing training in the T-38.

However, only half of the class will go on to fly aircraft in the United States Air Force. The other half of the class will return to their respective Air Forces upon completion of the program. As mentioned earlier, ENJJPT is an international training program, and international students make up about 50% of every graduating class. The Det 009 alumni mentioned that training with international students made learning to fly aircraft much more enjoyable, as they were able to experience a diverse range of military flying cultures.

Overall, the virtual visit to Sheppard AFB lasted about two hours and Det 009 cadets gained valuable insight into what it’s like to attend pilot training and lead an organization as an Air Force officer.  Det 009 would like to thank Col Driggers, and Lieutenants Jackson, Slife, Walberg, and Wilson for sharing their experiences and insights.