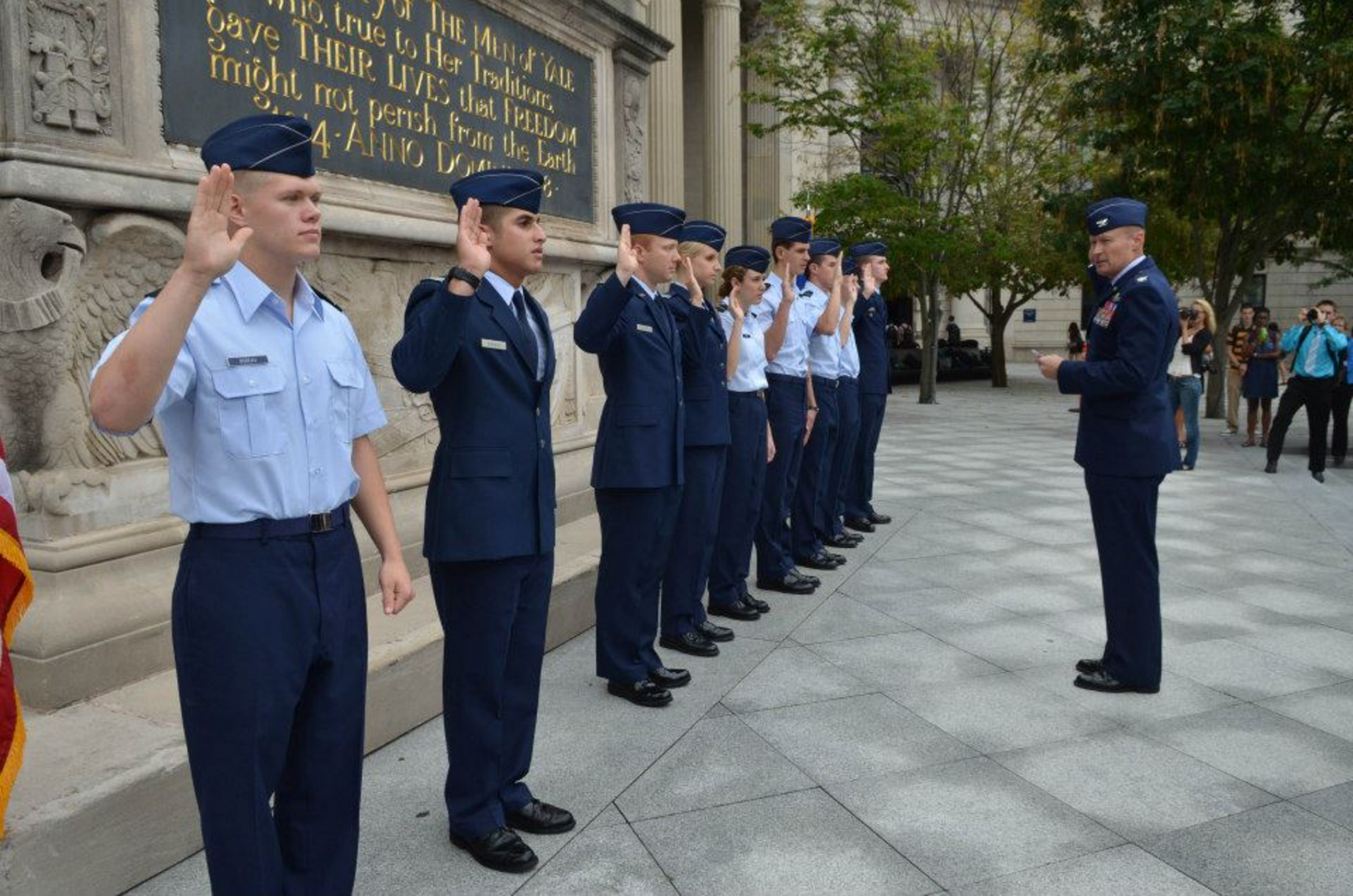 Cadets take the oath of office and embark on their journey to commission as officers.

AFROTC is a four year program designed to commission men and women into the Air Force and Space Force. The program is split into two sections, each two years long.

The first two years of AFROTC are classified as the General Military Course (GMC). The purpose of the GMC is to introduce cadets to the Air Force and prepare them for Field Training: an intense, two week long program, typically attended between sophmore and junior year. Both freshman and sophmore cadets are part of the GMC. Freshman cadets are designated as Initial Military Training cadets (IMTs) and learn the basics of being an AFROTC cadet. Sophomores are designated as Field Training Preparation cadets (FTPs) and their training is more focused on providing them the knowledge required to succeed at Field Training. All cadets must successfully complete Field Training in order to commission through AFROTC.

By junior year, cadets have passed the major milestone of Field Training and are contracted. Once cadets are contracted, they incur a minimum service commitment of four years on active duty. Juniors and seniors are classified as Professional Officer Course (POC) cadets, and have a role in running the cadet wing. The junior and senior year curriculum is built around refining leadership skills, whether in direct command of cadets or in a support role on the cadet staff. Throughout junior year, cadets apply for their desired career fields and the final decisions are released in the following months. Upon successful completion of the program, cadets take the oath of office, and are sworn in as Second Lieutenants in the United States Air Force or Space Force. 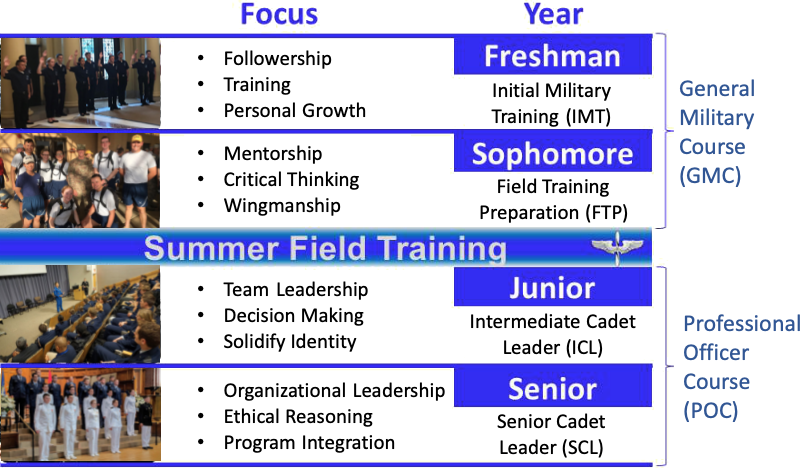