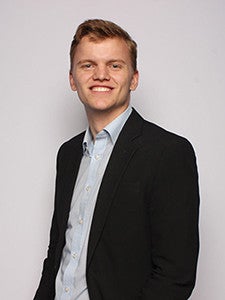 Jordan Farenhem of Pauli Murray College will study in Indonesia with the Indonesian Flagship Language Initiative and Anne Northrup of Jonathan Edwards College will study Russian in Georgia. Farenhem hopes to use the language proficiency and cultural knowledge gained during his year in Indonesia to pursue a career in diplomacy or national security. Northrup intends to commission into the Air Force after college and eventually transition into the State Department. She enjoys long distance running and hopes to run in the Tblisi half-marathon next fall.

Boren Scholarships, an initiative of the National Security Education Program, provide U.S. undergraduate students with resources and encouragement to acquire language skills and experience in countries critical to the future security and stability of the United States. In exchange for funding, Boren award recipients agree to work in the federal government for a period of at least one year. 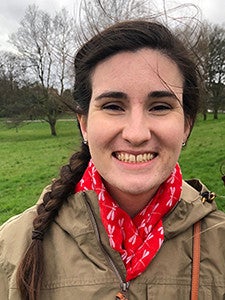 Farenhem  and Northrup were among 244 Boren Scholars selected from 851 applicants this year. The awards will support language study (in 30 different languages) in 39 countries throughout Africa, Asia, Central and Eastern Europe, Eurasia, Latin America, and the Middle East. The most popular languages this year include Arabic, Mandarin, Russian, Portuguese, Swahili, and Hindi.

The campus nomination process for Boren Scholarships is administered by the Office of Fellowship Program in the Center for International and Professional Experience. Students interested in this or other national fellowships should visit the office’s website to learn more.