Lt Col Tseng received her commission through the Reserve Officer Training Corps at the University of California at Los Angeles (UCLA). She holds Master of Science degrees in Meteorology and Physical Oceanography from the Naval Postgraduate School and a doctorate in Atmospheric and Oceanic Sciences from UCLA.

Major Moen has combined academic pursuit, cross-cultural competence, and aviation skill throughout his military career. Maj Moen recently graduated from Columbia University with a master’s degree in Strategic Communication, which developed his ability to interface with partner nations as a United Nations Staff Officer in South Sudan.  He is currently pursuing a master of studies degree in Social Innovation at the Judge Business School at Cambridge University.  Furthermore, Maj Moen has accumulated over 1,000 C-130 flight hours, including 200 combat hours. Before coming to Det 009, he was the 55th Electronic Combat Group Commander’s Executive Officer at Davis-Monthan AFB in Arizona. 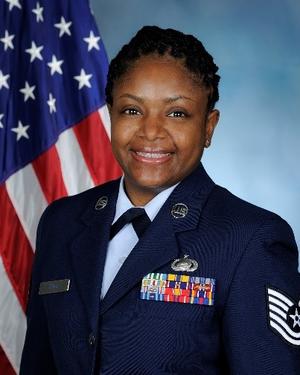 Technical Sergeant Shanequa L. Hunt is the Non-Commissioned Officer in Charge (NCOIC) of Personnel at the AFROTC Detachment 009 at Yale University, New Haven, Connecticut.  As the NCOIC, Personnel, she manages all personnel actions and procedures in support of assigned cadre and cadets to Detachment 009 to include tuition, subsistence, fees and textbook funds. Sergeant Hunt executes programs covering the entire life cycle of cadets from military enlistments, medical evaluations, physical training, categorization, and commissioning.  She is responsible for developing quality leaders for the Air Force and the nation.

Technical Sergeant Hunt began her career as a Personnel Technician at the USAF Expeditionary Center providing administrative support to over 300 assigned instructors and 10,000 visiting students.  During her career Sergeant Hunt has served in various NCOIC positions within the Military Personnel Flight (MPF) and at the Air Force Personnel Center (AFPC).  She last deployed to Soto Cano Air Base, Honduras in support of Joint Task Force-Bravo mission and joint operations. 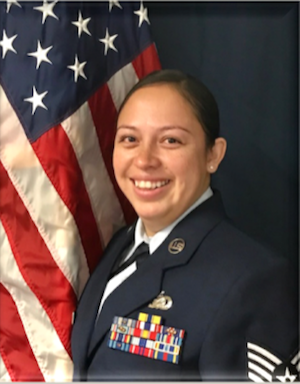 Sergeant Lozano oversees all administrative processes in support for assigned cadre, and cadets to Detachment 009.  She is responsible for oversight of all cadet pay actions to include tuition, fees, subsistence and textbook funds.  She also oversees all cadet life-cycle admin actions to include medical, physical, enlistments, categorization and commissioning.  During her career sergeant Lozano has served as Administrative support and was last deployed to the Dominican Republic in support of Exercise NEW HORIZONS.