Through partnership with the Civil Air Patrol (CAP), AFROTC provides orientation flights to cadets in order to stimulate interest in aerospace activities as part of its Air Force mission in accordance with 10 U.S.C. § 2110 and § 2031. Cadets with a Federal Aviation Administration (FAA) Private, Commercial pilot, or Airline Transport Pilot (ATP) certificate are ineligible for the Flight Orientation Program (FOP). Cadets bearing student certificates are eligible for the FOP.

Det 009 works with the local CAP unit which is based at Tweed New Haven Airport to provide orientation flights to cadets. Below is the experience of one cadet who received a CAP orientation flight through the FOP. For more pictures from the flight, click on the Gallery in the sidebar.

On my orientation flight during my IMT year, I was paired with another cadet, and we drove down to Tweed airport together. We met our pilot shortly after we arrived, and he briefed us on our flight plan. Our plan was to fly from Tweed to Groton Airport in New London, refuel and return to Tweed. Total flying time was approximately 3 hours.

Our aircraft was a Cessna 172, which was equipped with a glass cockpit and autopilot, capable of flying the airplane from just after takeoff to just before landing. The autopilot could also be turned on or off in the air at the pilot’s discretion. Our pilot showed us how to operate the autopilot and explained the principles behind how it worked. 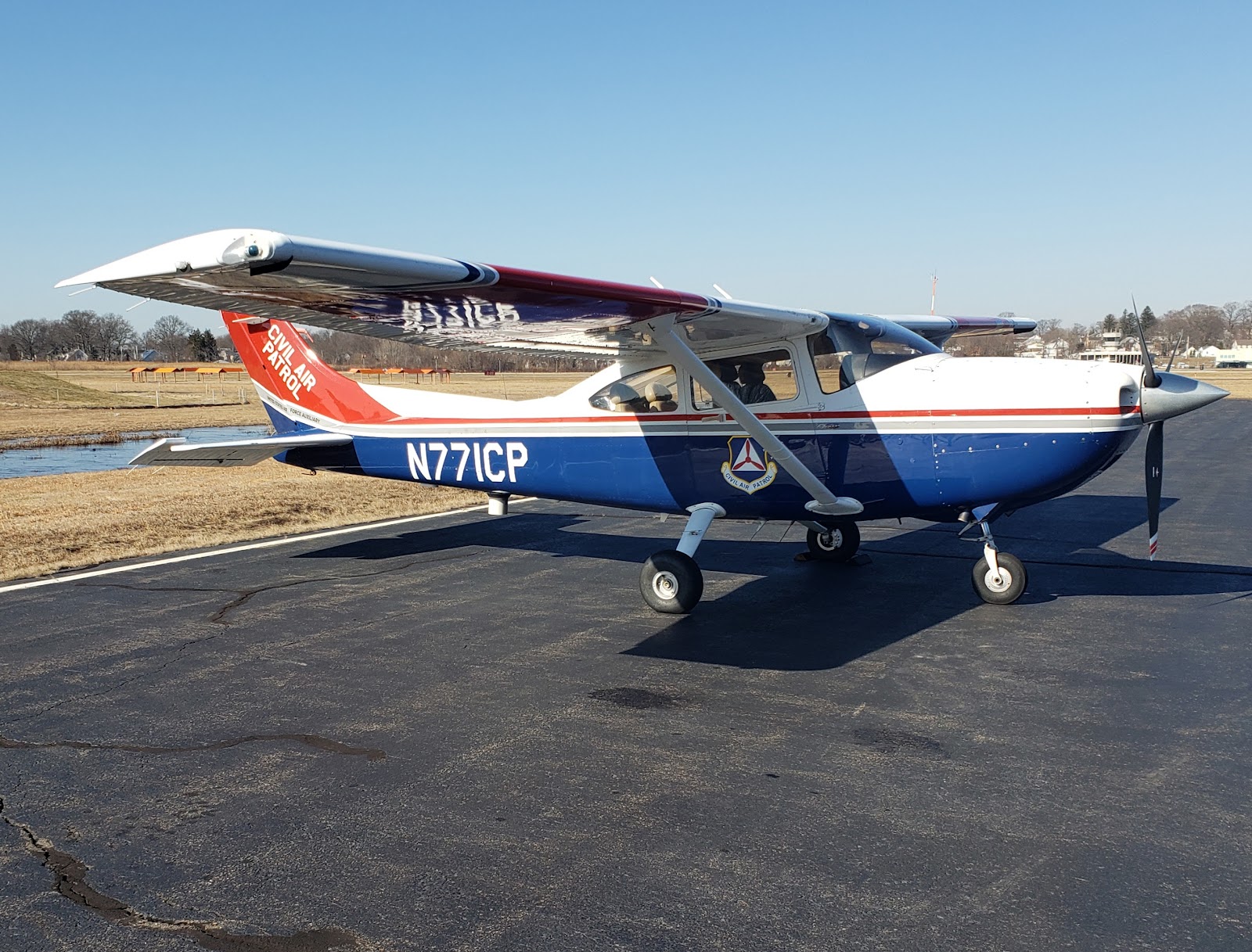 Once we became familiar with the airplane, we climbed aboard and strapped into our seats. The Cessna 172 has 3 seats: two up front for the pilot and co-pilot, and one for a passenger in the back. I flew in the co-pilot seat on the departing flight, and I switched and rode in the passenger seat on the returning flight. 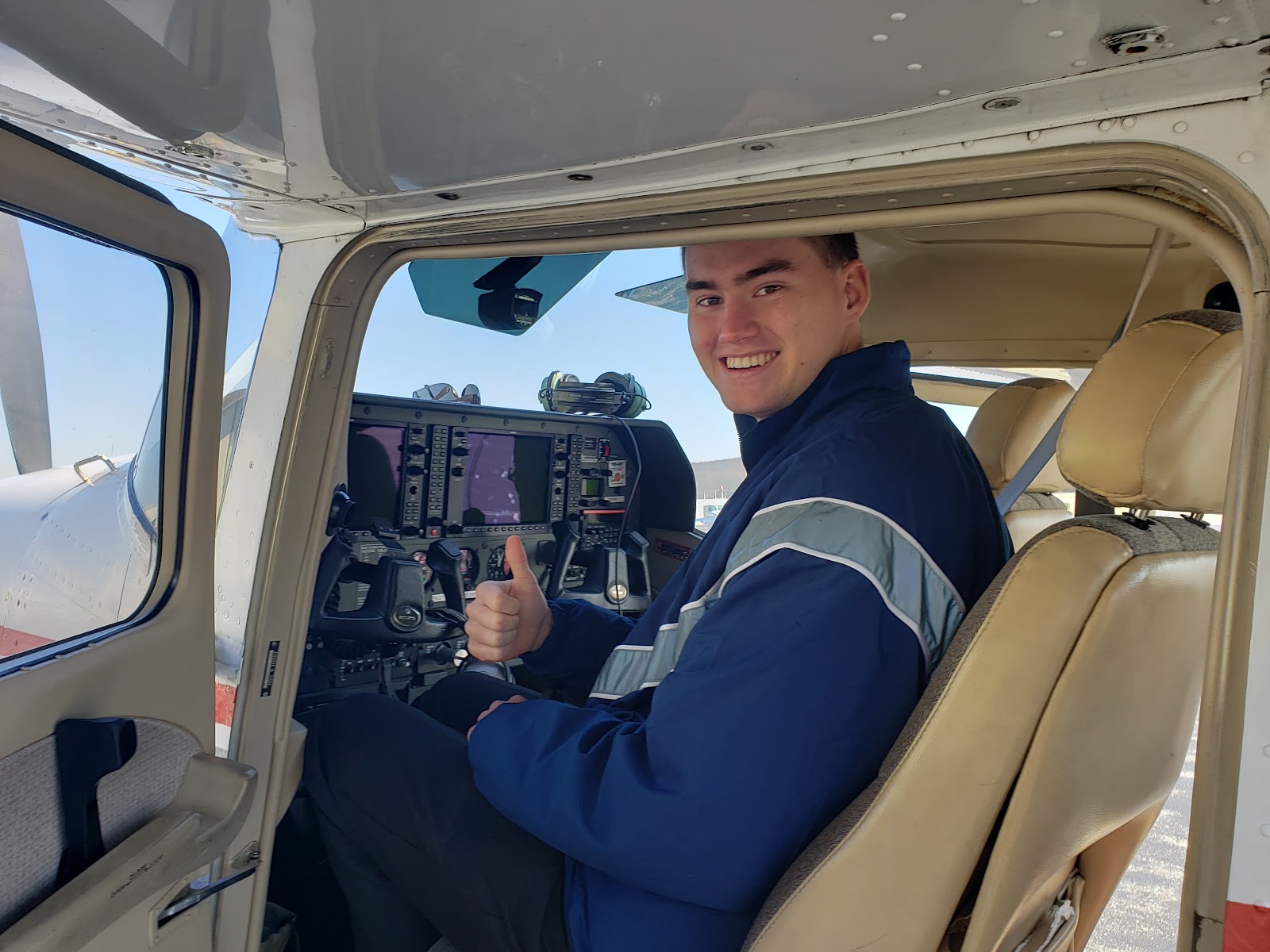 With our seatbelts secured, the pilot started the engine, taxied to the runway, and took off. Once airborne, he began to explain how to control the airplane using the flight controls. I controlled the plane for the remainder of the flight to Groton and learned to make turns using both the manual controls and the autopilot.

We landed at Groton and taxied to the Fixed Base Operator (FBO) to stretch our legs while we waited for the plane to be refueled. The FBO is much like a typical rest stop on the road, as it has bathrooms, couches, and snacks for pilots passing through. We spent about an hour in the FBO as we talked to our pilot and learned about his experience in aviation.

Once we finished our conversation, we boarded the aircraft again and took off on our way back to Tweed. Since I was sitting in the back seat, I had the opportunity to take pictures and videos of the Connecticut scenery as my partner flew the plane. We flew over multiple islands, the Coast Guard Academy, the Naval Submarine Base New London, and a few other landmarks that our pilot pointed out along the way back to Tweed. 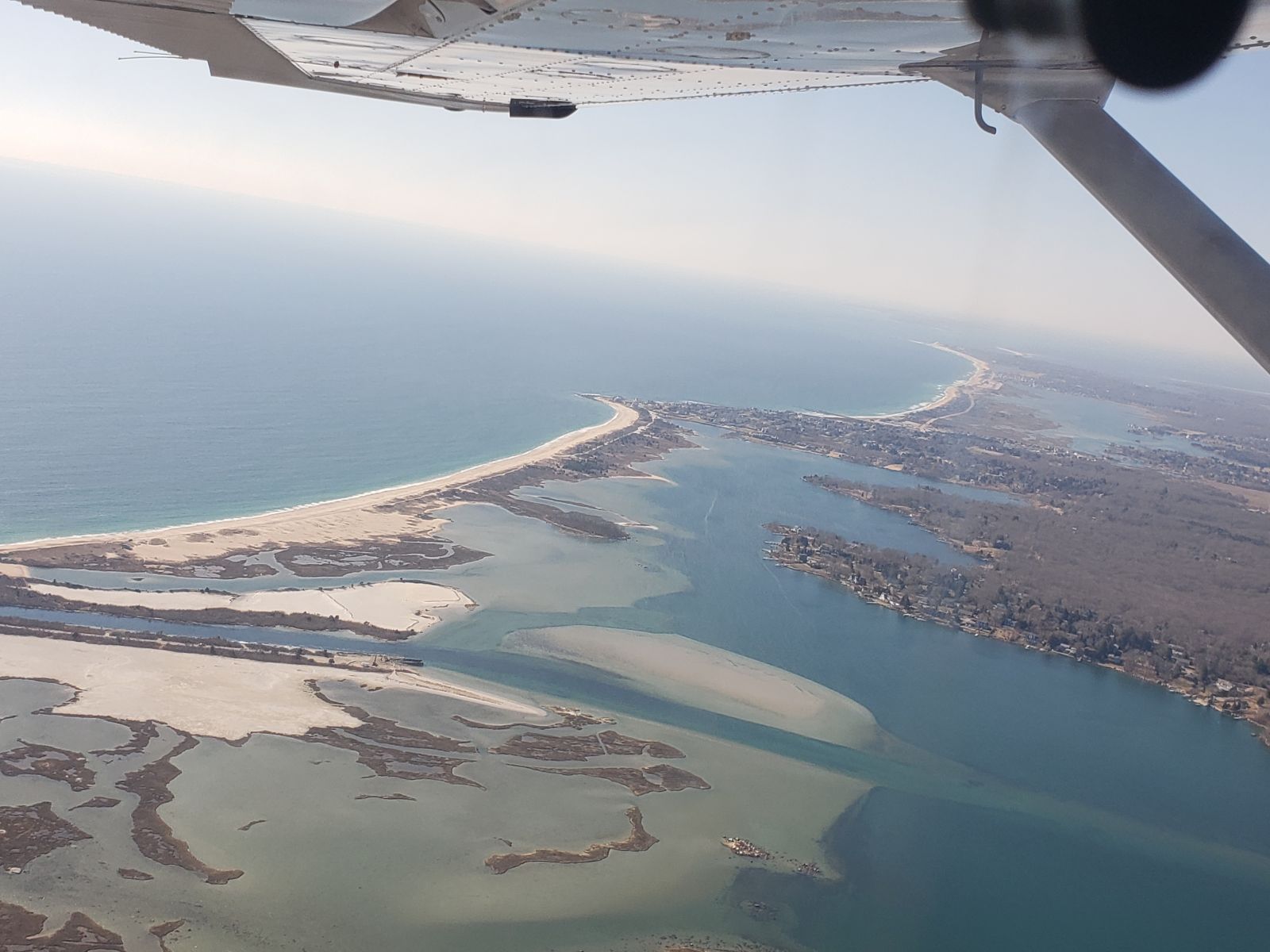 Upon landing back at Tweed, we taxied back to our ramp, and disembarked the plane. The pilot left us with some parting words, and my fellow cadet and I drove back to campus, returning to our lives as students and cadets.