Det 009 cadets were generously invited to visit the Barnes ANG base in Westfield, Massachusetts where they were given a tour of the 104th Fighter Wing. The 104th flies F-15s for the Massachusetts Air National Guard, and cadets were able to tour the briefing rooms, squadron offices, and of course, the flight line.

Cadets were first given a brief overview of the mission of the Air National Guard by the commander of the 104th who also spoke about his vast experience flying the F-15 which included the completion of Fighter Weapons School. After learning about what it’s like to be a highly skilled fighter pilot in the Air Force, another pilot in the squadron brought out his flight gear for cadets to try on. Great fun was had taking pictures wearing the Air Force’s most recent design of aviation helmet. 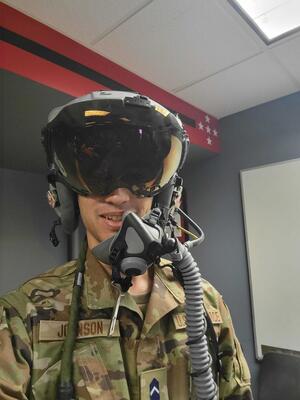 Once the flight gear was returned, the pilot led the group to the flight line where cadets walked right up to an F-15 that is regularly used on operational missions. The pilot explained the capabilities of all the F-15’s systems and what it’s like to fly an F-15 for a living. The maintenence chiefs also joined the cadets on the flight line and let them climb up and see the cockpit. They also answered many questions about what it takes to keep the F-15 operational. 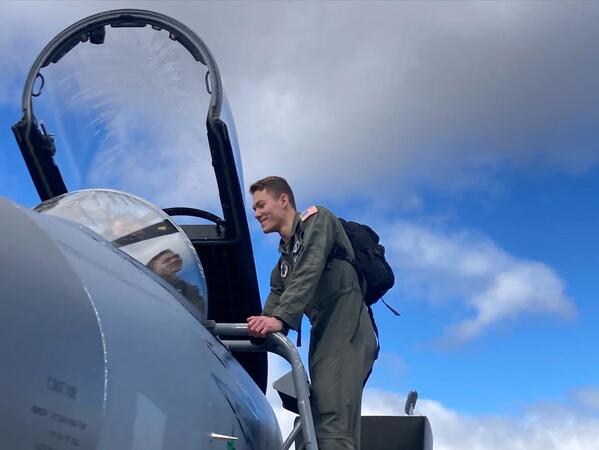 The tour would have continued with the cadets watching a flight of F-15s take off and head to the training area, but this was unfortunately postponed due to weather. Regardless, Det 009 cadets had a fantastic experience touring Barnes ANG base, and we are very greateful for their hospitality!