Every summer, a handful of AFROTC cadets are selected from across the country to travel to the United States Air Force Academy in Colorado Springs to participate in military freefall training. The Air Force Academy Freefall program is a unique opportunity for Air Force Academy and AFROTC cadets alike to earn their basic parachutist badge by completing five solo jumps. The course is taught by members of the USAFA Wings of Blue parachute team: an elite group whose members boast a record of at least 200 jumps and numerous jump certifications. The freefall course is divided into two phases: ground training and jump training. Upon successful completion of the course, cadets are awarded their jump wings. Below is the account of our most recent cadet to attend the program. He discusses his experience at ground training and recounts his first time jumping out of a perfectly good aircraft.

Ground training consisted of three days of non-stop training and evaluation. It was during this portion of the program that we learned the fundamentals of freefall skydiving, such as the arch-count-pull sequence, the canopy controllability checklist, emergency procedures, as well as landing patterns among other things. After the first two days of ground training, we were already comfortable and familiar with the Parachute Landing Fall (PLF), the door exit process, and emergency procedures. In fact, by the end of the second training day, we all had the emergency procedures boldface sheet that was handed out to us on the first day memorized verbatim. The boldface covered every possible EP ranging from something as simple as losing count to something as complex as a horseshoe wrapup on your reserve. On the third and final day of ground training, we further familiarized ourselves with canopy operation and landing pattern determination before heading over to the wind tunnel for our last training module. It was inside the wind tunnel that we were first able to experience freefall and practice maintaining stable body positions while diving. Although the wind tunnel was a blast, it marked only the beginning of the exhilaration that was to be had, for the following day was the first day of jump training. 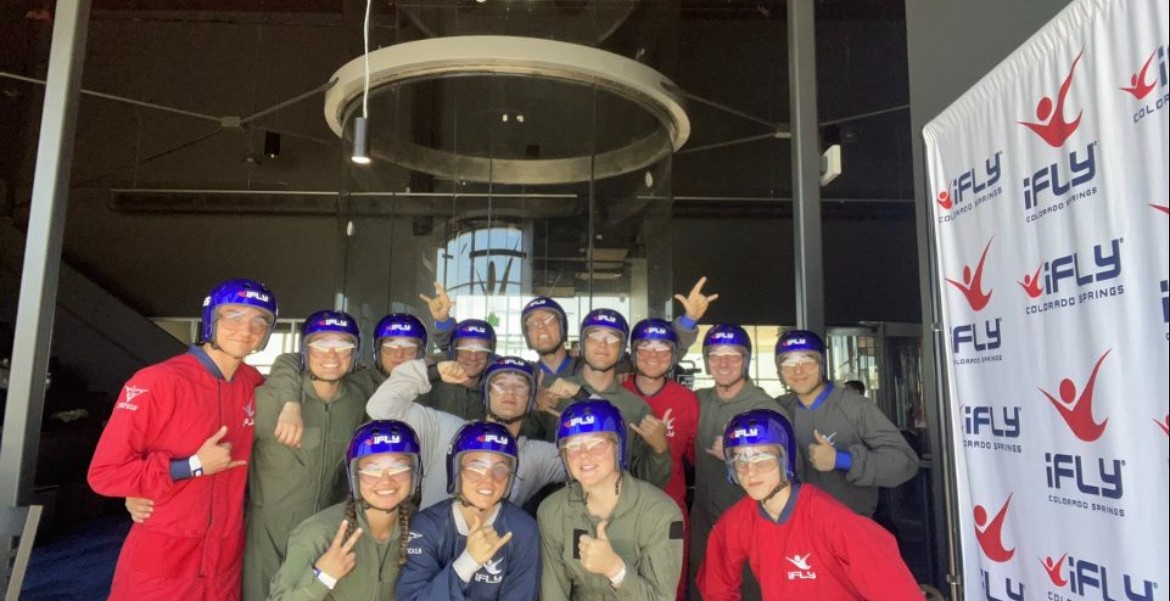 The next morning we boarded the bus at 0500 and left the USAFA dorm buildings for the airfield. After receiving our gear checks and final briefing from our jumpmaster, we all climbed into the aircraft one-by-one. With sweaty palms, fogged goggles, and the buzz of the plane’s engines in our ears, we sat down together on the metal benches inside the plane as it took off into the sky. Looking down at my altimeter after a few minutes, I noticed that we had reached our desired jumping altitude of 5000 feet. It was exactly at the moment that I heard my jumpmaster yell, “First two jumpers, standby!” Being the first jumper of that load, I slid down to the edge of the bench, and my jumpmaster proceeded to give me one final gear check before opening the door. When the door was lifted up, cool air suddenly rushed into the aircraft. Looking down, I could just barely see the cars driving on the roads below us. At that moment my hands and feet began to tingle and my heart raced faster than it ever had before in my entire life. Feeling a hand plop down onto my left shoulder, I looked up and saw my jumpmaster. With a grin stretching from ear to ear, my jumpmaster yelled, “STAND IN THE DOOR!”

I jumped up, grabbed the overhead railing with my right hand, planted my right foot on the floor, grabbed the railing on the exterior of the plane with my left hand, and planted my left foot behind my right foot. After receiving the “go” command from my jumpmaster, I tilted my head straight up and let go of the aircraft. For a few seconds, all that I had learned the previous few days flew right out of my head, as I was flipping and tumbling through the air. I couldn’t hear anything except for the air rushing past my ears. However, after my fourth flip, I regained my composure and arched my back in order to achieve a stable body position. At that point, I pulled my main ripcord and without processing what happened next I suddenly found myself underneath a beautiful blue canopy. After completing my canopy controllability checklist and determining the wind direction, I started my landing pattern and touched down onto the ground with a safe PLF. With my gear neatly packed, I stood in awe for a few seconds still trying to process the fact that I had just jumped out of an airplane for the first time in my life. Although I initially found it terrifying, I soon found myself more excited than ever to complete my remaining jumps.

My four other jumps went much better for me than my first. After my first jump, I reviewed the footage, made some adjustments, and began jumping with nearly perfect form. When I completed my fifth and final jump, I was met on the ground by my element leader who pinned my jump wings onto my uniform. That day, I graduated from military freefall school along with 49 other AFROTC cadets. Although I did ultimately learn how to freefall skydive, I left jump school having learned an even greater lesson. I learned the key to overcoming fear. I was, like most other people, initially afraid of jumping out of an airplane at 5000 feet above the ground. In truth, there were a few times during my training when I questioned my ability to fully commit and jump. But in that moment, when the door was flung open, I knew that I had no choice but to jump. I knew at that moment that I could not let fear place any physical restrictions upon me. After all, fear exists solely in the mind. The key to overcoming fear, as I came to learn, is keeping it contained in the mind and taking the first step regardless of what your mind might be telling you. Once you are able to do that, you will soon realize that there exist very few things in the world that you cannot accomplish. 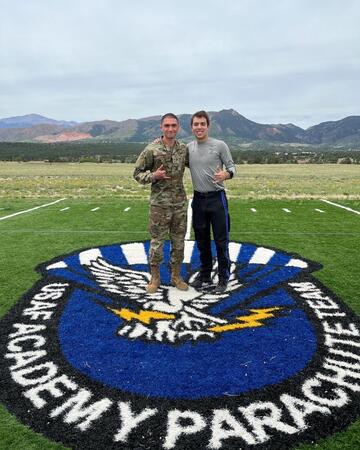 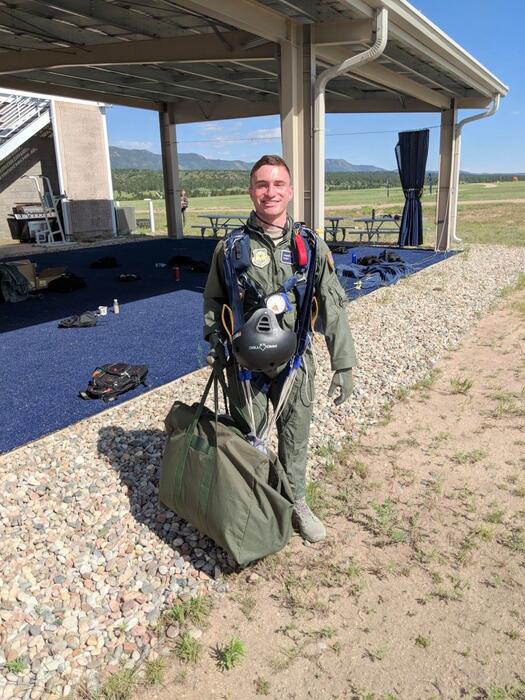